Hubway from One Greenway 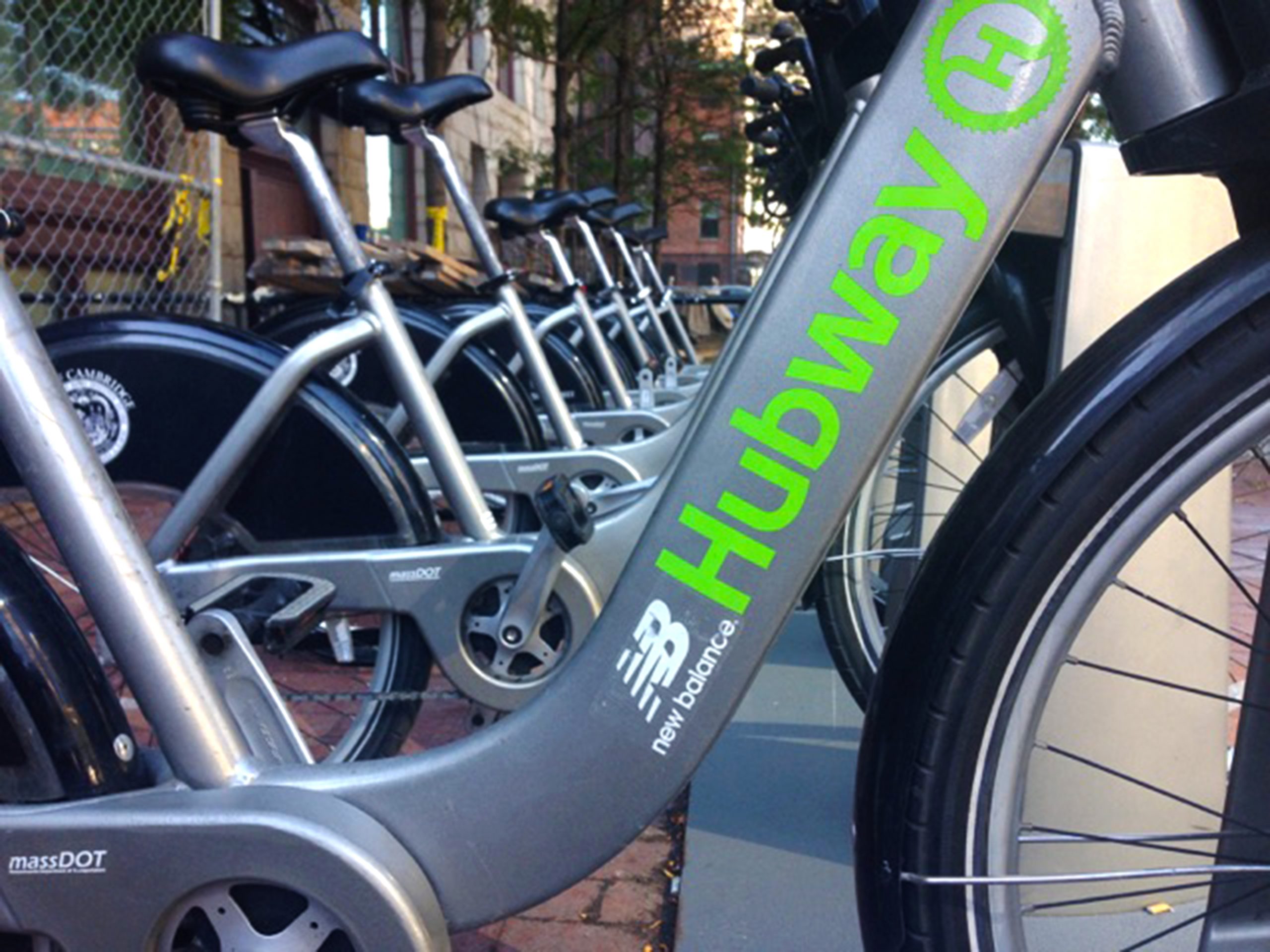 In 2011, Boston’s bicycle sharing system launched. Hubway offers more than 1,300 bikes at more than 140 stations across Greater Boston, including one located at Chinatown Gate, just steps from One Greenway. From there, you can pedal to dozens of locations in Brookline, Cambridge, Somerville and other spots around the city.

Hubway has been hugely popular in its four-year history, with riders racking up a whopping 4.6 million miles worth of rides. Want to give it a go as part of your commute? Here’s what you need to know.

It’s meant for short trips. Hubway is meant for commuters to zip from one side of town to the other. If your trip will take longer than 30 minutes, you’ll have to find a station and dock your bike and pick up another. (Don’t forget that if you buy your own bike you can always keep it in One Greenway’s on-site, secure bike storage.)

Become a member. It’s most cost-effective to sign up for a yearly membership. Not sure you’re ready to commit? You can try the service with a 24- or 48-hour pass.

Get a helmet. Safety first! You can buy a helmet from Hubway, or you can visit a local bike shop to pick one up. (Community Bike Supply in the South End is a nearby option.)

Pick a bike. When you get to the station, you have your pick of bikes. Be sure the tires aren’t flat, the height of the seat is correct and that the brakes work.

Head out. Boston drivers are used to seeing cyclists on the road and bike lanes are being added, but accidents can still happen. If you’re going to be pedaling frequently, it’s wise to take a class on the rules of the road and get tips on safety precautions. (MassBike has some great options.)