Set Sail from One Greenway 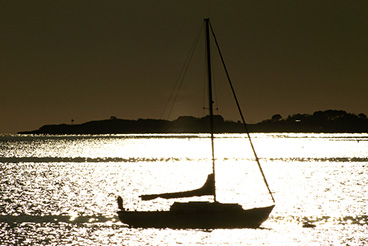 After a record-breaking winter, Bostonians are looking forward to long summer days spent on or near the beach. While conveniently located in downtown Boston, One Greenway is a short ride away from many amazing costal day trips. The best part? You don’t necessarily need a car to get there.

The Boston Harbor Islands are accessible by ferry from Long Wharf, which is a short walk from One Greenway. The Harbor Islands offer something for everyone—explorers can take in Fort Warren on George’s Island, Spectacle Island offers a stretch of sandy shore for sunbathers and several islands even allow overnight camping for the outdoorsy types.

Want to get to Provincetown? You can always drive from One Greenway, which is located right next to Boston’s Expressway. And if you don’t have a car, don’t worry! Car shares is one of the many services offered to One Greenway residents. But if you want to start your getaway with a boat ride, try the Provincetown Fast Ferry, which also leaves from Long Wharf. In about an hour and a half, you’ll be in downtown P-town relaxed and ready to enjoy all the Outer Cape has to offer.

Salem is known for being the “Witch City” and its Halloween celebrations, but summer is an equally enjoyable season in this North Shore community. A ferry from Long Wharf will have you in Salem Harbor in less than an hour. Enjoy shopping in Salem’s boutiques, get a bite to eat—and, yes, maybe check out a witch museum or two.

Where do you go to get away from the city in summer? Let us know on Twitter!