In the Know: Great Running Routes Near One Greenway 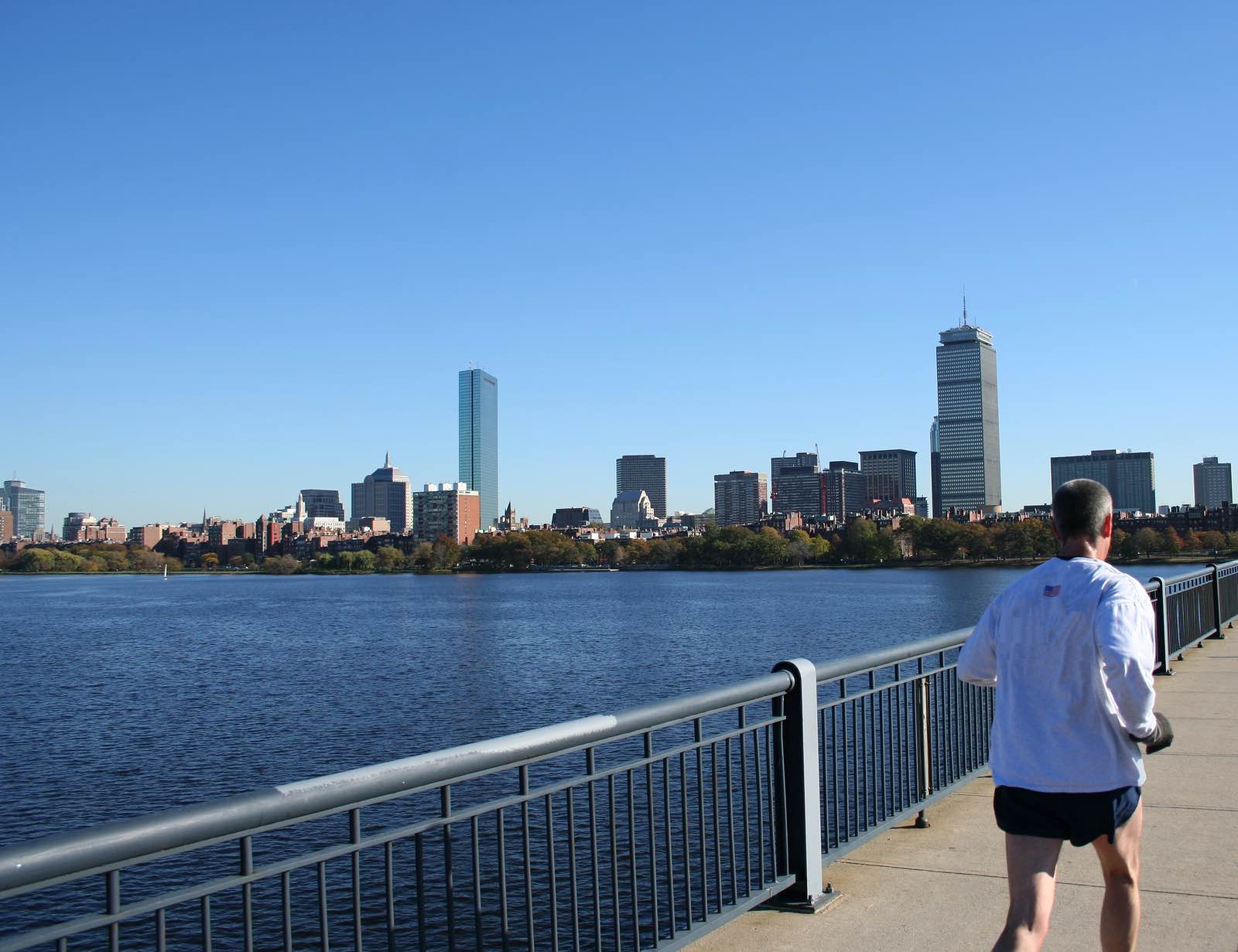 Boston is among the nation’s most charming walking cities. But many Bostonians prefer to put on their sneakers and pick up the pace. According to Active.com, Boston is the third best city for running in the United States.

Whether you run for fun or are training to qualify for the Boston Marathon, Boston has amazing running routes that take you past everything from historical sites to beautiful views of the Boston skyline. As the temperatures warm up and the snow continues to melt, here are a few of our favorites that start near One Greenway.

One Greenway to the Charles River Esplanade: The Esplanade is one of the city’s most popular spots for runners, according to data from the popular RunKeeper app. From One Greenway, it’s a one-mile run through Chinatown and the historic Boston Common or Boston Public Garden to get to the Hatch Shell. Once you’re there, you can run along the banks of the Charles River for as long as you like. Cross over the Mass Ave or BU bridges to run on the Cambridge side of the river for beautiful views of the Boston skyline. The great part about the Esplanade? Local sneaker company New Balance pays to keep the paths clear during the winter.

One Greenway to Castle Island: Need a little beach time? Take the 3.5-mile run from One Greenway’s door through South Boston to Castle Island. Take a break on the sands of Pleasure Bay, one of the city’s most popular beaches. In warm weather months, refuel at Sullivan’s with some fried seafood or a hot dog. Don’t feel like running back? The Island is served by several bus routes.

One Greenway to Jamaica Pond: In the mid-1980s, the MBTA’s Orange Line was moved underground. The space that used to be underneath the old elevated tracks was converted into what is today known as the Southwest Corridor Park. This path winds through the Back Bay and South End on the way to Jamaica Plain, a funky, bucolic neighborhood south of Downtown Boston. It’s about a four-mile run to Jamaica Pond from One Greenway. Once there, you can rent a boat and kayak around the pond in the warm months, or take a lap or two around the Pond.

One Greenway to… One Greenway? Prefer staying in one place when you run? Need a place for an early-morning or late-night run? Our in-building gym has all the cardio machines you need.

Love running in Boston? Share your favorite routes with us!